Payment processing firm WEX has announced that it will create 450 new jobs in Portland, Maine, the Bangor Daily News reported.

The jobs will be created at a new office slated to be constructed in a 48,000-square-foot portion of land along the Portland waterfront. The section, sold by the city's Economic Development Committee for $3.3 million, will include space for retail stores as well as WEX's new office.

WEX was founded in Maine and is one of the state's top employers, according to the source. The company's website notes that it is "a global leader in corporate payments solutions" and serves the healthcare and travel industries, among others.

"This is truly an exciting opportunity to attract the world headquarters of a major Maine-based international business that will bring almost 500 new high-quality jobs to Portland's eastern waterfront," said City Councilor David Brenerman, chairman of the development committee.

The payment processing industry as a whole is undergoing shake-ups, according to recent news. Major M&A activity may be on the horizon, with Fidelity National Information Services and PayPal Holdings both eyeing other companies, Investor's Business Daily reported.

Fidelity is believed to be looking at acquiring Total System Services, headquartered in Georgia. Analysts speculate that PayPal may position itself as a buyer of payment solution Adyen, based in the Netherlands.

Amazon is also drawing increasing attention in the payment processing sphere. According to Business Insider, the company "has been building out a payments ecosystem." The site pointed out that Amazon has rolled out a number of features recently that support digital payments, such as the one-click Amazon Pay method and Amazon Pay Places, which enables users to use the Amazon app for in-store purchases at brick-and-mortar shops. 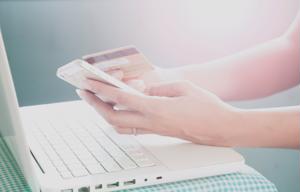