Raytheon recently announced that it would expand its manufacturing operations in Albuquerque, The Associated Press reported.

The move will create 60 high-tech positions, which will help develop and build telemetry, directed energy and range monitoring systems and products. The bulk of the new jobs will be technical manufacturing positions, but some will also be program management roles.

In other defense news, new leadership has stepped up at BAE Systems. In early July, former COO Charles Woodburn replaced Ian King as CEO of the company, MarketWatch reported. This week, Woodburn said that the company would aim to strengthen its manufacturing efficiencies and boost its level of technological innovation to inch ahead of competitors.

"We already have a strong focus on technology but you can expect to see more in this area as we see this as being an increasing driver of competitive advantage for us," he said.

Following Woodburn's announcement, BAE shares increased more than 3 percent by midmorning, the source noted. Company profits were $733 million for the first half of this year. 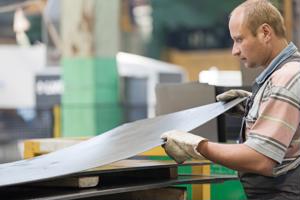