The "Big Three" automakers are not only helping the U.S. economy in terms of sales, but is also spurring job creation through investment in research and development and in domestic manufacturing, a new report shows.

The "State of the U.S. Automotive Industry," published in July by the American Automotive Policy Council, found that Fiat Chrysler Automobiles, Ford and General Motors build more of their vehicles in the U.S. than any of their major competitors, Aftermarket News reported. Furthermore, the report showed that the Big Three support millions of jobs in the U.S., employing two out of three autoworkers in the country.

At the 28 assembly plants and 198 manufacturing, research and lab facilities in the U.S., FCA, GM and Ford built almost 6.5 million vehicles in 2015, the site noted. These leading companies are also devoting significant funds to investigating innovative new vehicle designs and solutions, with the report finding that the Big Three spends upward of $18 billion in R&D every year.

The report comes as the U.S. auto industry received news of a slowing sales month in June, however, industry experts maintain that the industry is "as healthy as it's ever been," according to the Detroit Free Press. 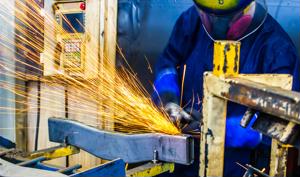