Over the course of the past two years, Japan's economic projections have been something of a mixed bag: Barring a few brief contractive months, gross domestic product grew steadily for much of this period. However, through this whole phase, economists, government officials and foreign investors all expressed concerns about issues ranging from interest rates to currency deflation, the latter of which the Bank of Japan attempted to deflect through a policy of quantitative easing (a measure endorsed by Japanese Prime Minister Shinzo Abe).

The latest matter fueling uncertainty about the world's third-largest economy is a planned tax hike in October: According to The Japan Times, this increase will affect consumption taxes by raising them from 8 per cent to 10 per cent. Japanese business leaders and economists project a considerable surge in consumer spending before the tax takes effect followed by an immediate sharp decline, enough to decrease overall consumption by 0.2 per cent and potentially discourage both foreign and domestic business investment.

The Abe administration appears to understand the risks it runs by enforcing the tax hike, but believes certain trends coming to fruition alongside the increase can adequately offset its potential negative impact, including persistent growth in segments of the tech sector such as artificial intelligence and fintech. Other analysts and observers of the Japanese economy, meanwhile, fear that other business sectors with less pronounced prospects for expansion might drag down the progress of the larger domestic market. Declining production in Japan's industrial sector, for example, is a major stress point in conjunction with falling retail, according to Reuters.

Looming over all aspects of the Japanese economy - along with many others - is the ongoing trade dispute between China and the U.S., which is currently in a tariff-free period of détente but could resume at any point if talks between Presidents Xi Jinping and Donald Trump go south. Japan has more to lose from the trade war than just about every other nation aside from its two principal participants, so government officials and industry leaders alike hope for a resolution to come sooner rather than later. 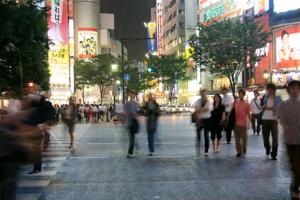