Regulations for self-driving cars from the U.S. Department of Transportation are set to be released Sept. 20, reported Forbes.

Late Monday night, the agency noted that these guidelines will include a 15-point Safety Assessment governing the "safe design, development, testing and deployment of automated vehicles." These regulations will apply to the testing and launching of self-driving vehicles from manufacturers including Ford, Tesla, Google and Uber, according to the source.

Aimed at clarifying the vague and non-uniform regulations currently in place at the state level, the new policy will outline the responsibilities of both the federal and state government in an effort to build a national policy for automated cars.

"Prior to this announcement my question was: Are they going to continue to let states, as is often the case, act as the laboratories and then put together a national framework to bring it all together?" said automotive technology analyst for IHS Technology, Jeremy Carlson, in a phone interview with the source. "It looks like they're being a bit more assertive, and that's probably a good thing."

President Barack Obama himself chimed in on the discussion, praising the innovation and efforts of tech giants to make automated driving safer, reported Business Insider. In an op-ed article published in the Pittsburgh Post-Gazette, Obama encouraged the self-driving technology but advised that while safety regulations are crucial, it is important that they do not  get in the way of industry advancement.

He acknowledged that the future of self-driving cars has the potential to change the way we live, though he did issue a caution.

"Regulation can go too far," he wrote. "Government sometimes gets it wrong when it comes to rapidly changing technologies. What's more, the quickest way to slam the brakes on innovation is for the public to lose confidence in the safety of new technologies." 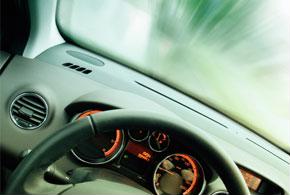