The automaker lowered its initial bid by close to $300 million to purchase the solar power company that Tesla CEO Elon Musk is already the largest investor in, reported Bloomberg. Though the original offer was $26.50 to $28.50 a share in Tesla stock, per the new agreement, investors of SolarCity will each receive $25.37 a share.

Since the announcement of the bid by Musk in June, both investors and analysts have questioned the move. However, stock of the electric car maker has increased by 6.9 percent in the weeks since.

"There are tremendous synergies between these two companies," said SolarCity CEO Lyndon Rive in a letter to employees following the proposal.

The proposed deal must still be approved by many of the disinterested shareholders of both companies, reported the Los Angeles Times. Regulatory approval is still needed as well, though Tesla has said the proposal is expected to close in the fourth quarter.

The electric automaker also forecast cost synergies of $150 million within the first year of the deal closing. 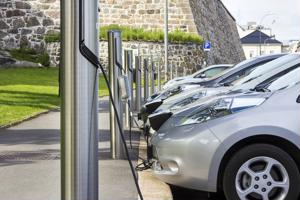