The expansion is predicted to create "200 to 300 jobs based on the demand," according to Lyndon Rive, CEO of SolarCity, in an interview with the source. The new positions will span job types, including electricians and salespeople as well as warehouse personnel.

The source noted that the company did not say when the jobs would be created, however, it noted that SolarCity created 1,000 jobs in just two years during its expansion in Nevada.

SolarCity is under close scrutiny after its high-profile merger with Tesla in November, which was valued at $2.6 billion, according to CNBC.

Tesla, helmed by CEO Elon Musk, acquired the solar company to support the development of sustainable technologies related to its self-driving vehicles.

Though the merger was criticized by some industry groups, it received the go-ahead from the Institutional Shareholder Services advisory firm. ISS stated that the combining of the two companies was "a necessary step towards TSLA's goal of being an integrated sustainable energy company," CNBC reported 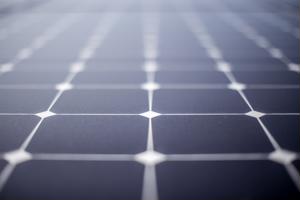