Although health experts aren't exactly sure of the reasons why, suicides are tragically on the rise throughout America. Based on the most recent statistics available from the Centers for Disease Control and Prevention, approximately 45,000 people in the U.S. died by suicide in 2016. It was the 10th leading cause of death, with rates up by double-digits in several states compared to 2009.

Perhaps even more disturbingly, new research reveals that suicidal thoughts and attempts are increasing among young children, a trend that has the industry relying on a combination of medical breakthroughs and healthcare professionals, including nurses, who may be able to help kids when they need it most.

Published in the Journal of the American Medical Association Pediatrics, an estimated 1.2 million children - ages 5 through 18 - either tried to kill themselves or had the inclination to do so in 2015, CNN reported. That's up from 580,000 such cases in 2007. In each of these instances, children and teenagers were admitted to emergency rooms for treatment, with the average individual aged 13, and over 40 percent ranging between 5 and 11 years old.

Brett Bursetin, who led the research and works as a pediatric emergency room physician in Montreal Children's Hospital at McGill University's Health Center, told the cable news network that this revelation needs to be taken very seriously and requires further analysis.

"The numbers are very alarming," Burstein explained. "It also represents a larger percentage of all pediatric emergency department visits. Where suicidal behavior among the pediatric population was just 2 percent of all visits, that's now up to 3.5 percent."

Healthcare industry lacks adequate personnel
Part of the reason why these individuals are admitted to ERs, instead of healthcare units that have the resources and specialized training to deal with adolescents who have considered suicide, stems from supply and demand. There simply aren't enough child psychiatrists that kids can go to for the proper care. Indeed, according to the American Academy of Child & Adolescent Psychiatry, a "severe shortage" exists in 43 of the 50 states, meaning a ratio of 17 doctors or fewer per 100,000 children. For those states that don't fall into this category -  every state in New England, plus New York - the supply of child psychiatrists is only moderately better.

Gene Beresin, executive director of the Clay Center for Young Healthy Minds at Massachusetts General Hospital, told CNN that suicidal thoughts and actions - and how to best treat children who are dealing with this - has been a long-simmering issue.

"We know that suicide and depression have been rising significantly," Beresin stated.

What can be done?
Similar to the potential causes, the solutions to this problem is difficult to pinpoint, given that the road to mental health wellness is often best addressed through a combination of regular counseling sessions as well as prescribed medication. Research is underway in regards to what pharmaceuticals are both safe and effective, particularly in children.

There are preliminary indications that buprenorphine - an opioid derivative - may help inhibit suicidal thoughts in adults. Yet because opioids can be highly addictive, there's reason to question whether they should be prescribed to children 18 and under. Healthcare practitioners and pharmaceutical entities will likely depend on additional research and human ingenuity to see what can be done moving forward so kids can get the care they need and never suffer in silence.

Nurses may have a role to play as well. Consistently considered to be the most honest and ethical of all professions - 17 years in a row, according to Gallup polling - nurses may be uniquely equipped to handle emotional issues that young children may be battling. The American Psychiatric Nurses Association has developed several core competencies that the organization believes may prove effective in providing nurses with the knowledge and training they need to prevent suicides. These additional responsibilities may result in more employment opportunities.

Families, schools and the healthcare community must come together to find solutions. Medical facilities can start by enhancing their recruiting efforts, putting the experts in place to solve problems and enhance understanding around suicide. 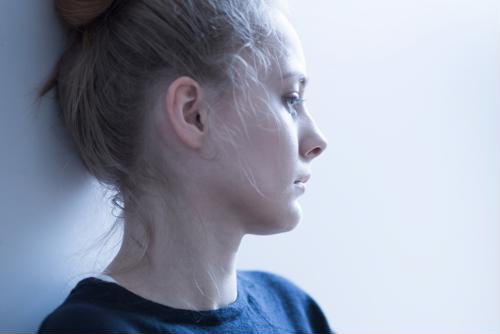