Symantec Corp. has reached a deal to acquire identity theft protection company LifeLock Inc. for $2.3 billion, according to a company press release.

Over the last 12 months, cybercrime impacted 33 percent of Americans, according to Symantec. Around the globe during that same time period, there were more than 650 million cases of cyberattacks on individuals. In closing the agreement, the two enterprises have created the largest digital safety platform worldwide in a growing market currently valued at $10 billion.

As an online security software company, Symantec was losing customers transitioning away from traditional PCs, reported Reuters. In acquiring LifeLock, the company hopes to improve growth as well as the variety and quality it can offer its consumers.

Combining personal security and identity protection, the merger will now provide consumers with a "broader digital safety solution," according to the press release.

"People's identity and data are prime targets of cybercrime. The security industry must step up and defend through innovation and vigilance," said Dan Schulman, chairman of the board of Symantec. "With the acquisition of LifeLock, Symantec adds a new dimension to its protection capabilities to address the expanding needs of the consumer marketplace." 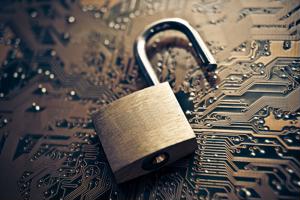