Researchers and engineers have found a process that could end up saving the U.S. $2 billion a year in energy costs.

The separation of chemicals has been an ongoing obstacle for the industry for years but now, Exxon Mobil Corp, has developed a new method for dividing them, reported Scientific American.

By designing a synthetic membrane capable of distinguishing the difference between these molecules, engineers have found a way to reduce the energy needed in separation stages by 50 percent, drastically reducing costs.

Moreover, the process would also avert 45 millions tons of carbon dioxide emissions globally each year. That number is comparable to the emissions of 5 million American homes, according to Fuel Fix.

"In effect, we'd be using a filter with microscopic holes to do what an enormous amount of heat and energy currently do in a chemical process similar to that found in oil refining," said Mike Kerby, Exxon Mobil corporate strategic research manager, in a statemet. 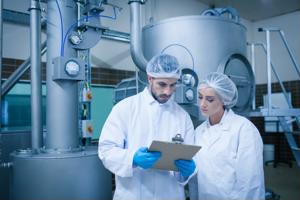