CareerBuilder released a report that showed a growing number of jobs that once went to high school graduates are now going to college graduates, The Chicago Tribune reported. Employers cite the tightening labor market and increased competition, along with the need for technical skills. However, that could leave out a large part of the labor force - individuals who do not have a four-year degree.

Technology companies want to be part of the solution: They are investing in individuals with skills-based training. In June 2017, Microsoft announced that it granted more than $25 million to Skillful, part of the Markle Foundation. This program works with individuals to build technical skills, along with hiring and educating. Microsoft is part of a growing number of companies that are looking for talent outside of a four-year degree.

"We need new approaches or we're going to leave more and more people behind in our economy," said Brad Smith, the president of Microsoft to The New York Times.

Individuals who step into these roles with measurable, concrete skills can broaden their employment horizons without sinking into crippling amounts of debt. 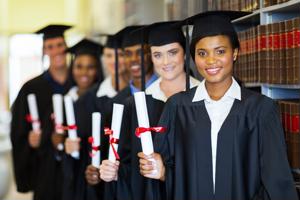