An analysis by the East Bay Times newspaper has indicated that job growth in the technology industry in the San Francisco Bay Area has continued to deteriorate.

Once booming, job growth has slowly declined in the past two to three years, adding just 26,700 new jobs in 2016. This is compared to the 42,300 positions created the year previous.

In 2014, job growth in the sector peaked, climbing 6.4 percent. The following year, in 2015, it was still relatively close at 6 percent but this past year, the rate dropped down to 3.5 percent.

Several tech companies in the Bay Area have already announced that layoffs will take place during the first quarter of 2017.

According to The Mercury News, however, some believe that the workforce will even out and pick up again, as tech companies in the industry try new things.

"Tech will continue to outperform the overall job market over time, even as it goes through structural changes," said Scott Anderson, chief economist with San Francisco-based Bank of the West. "Tech is always looking to get into new industries. Taxi cab services, driver-less vehicles, financial services, retail - tech is getting into all of these and looking for other new frontiers." 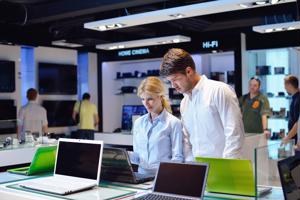