Technological advancements, as the saying goes, move at the speed of light, as improvements render state-of-the-art processes obsolete practically overnight. It's the intensity at which these advancements are occurring that may partially be responsible for the dramatic uptick in employment within the tech sector.

According to a newly released report from Cushman & Wakefield, New York City, San Diego, Philadelphia and Provo, Utah are among the leading cities in the U.S. where tech employment and commercial development for business operations is growing by leaps and bounds.

Ken McCarthy, principal economist and applied research led at Cushman & Wakefield, said the growth observed is on par with what transpired during the dot-com era.

"Although we expect established markets like Silicon Valley to see continued investment, new tech hubs are emerging across North America, from Provo to Philadelphia, sustaining a period of tech-driven, economic growth unseen since the dot-com boom of the late 1990s," McCarthy explained.

TAMI sector development stellar in NYC
The same is true in the country's most-populated metro area, McCarthy hastened to mention. In New York City, the advancements in technology, advertising and media information - the TAMI sector - has been nothing short of incredible.

"If Silicon Valley is the brains of the tech sector, then New York City is the creative center," McCarthy added. "In this cycle, tech has been very important to New York City."

He further referenced that TAMI employment activity in the Big Apple has been particularly vibrant in Midtown Manhattan, evidenced by fewer vacancies and climbing rents in office high rises.

Given New York City's status as an economic epicenter, its tech-driven development may not come as a major surprise. The same can't be said for Provo, Utah, though, a city perhaps most well known for being home to Brigham Young University. Yet Provo also hosts cloud company Qualtrics, not to mention other technology service providers such as Vivint and SimpleCitizen, as noted by U.S. News & World Report. The Cushman & Wakefield report added tech is critical to the Salt Lake City suburb's economy, responsible for 11 percent of Provo's employment.

Tech growth vibrant in San Diego
Not to be outdone is San Diego. Although California's second-largest city lies 426 miles south of Silicon Valley, San Diego has the ninth-largest percentage of tech jobs overall among the more than two dozen cities the study examined.

The Southern California hub is an ideal location for millennials, a generation tech companies target. Cushman & Wakefield found that 24.3 percent of San Diego's workforce range between 18 and 35 years of age.

"San Diego is starting to hold its own with top major metropolitan areas in the U.S.," Mark Cafferty, president and CEO of the San Diego Regional Economic Development Corp., told The San Diego Union-Tribune. "Now it's seen as a place you can find young tech talent."

Robert Sammons, senior director of Northern California Research at Cushman & Wakefield, added that with the national unemployment now below 4 percent, tech firms large and small are in an all-out recruiting war for talent, utilizing their resources to both attract and retain workers so they can continue to progress. 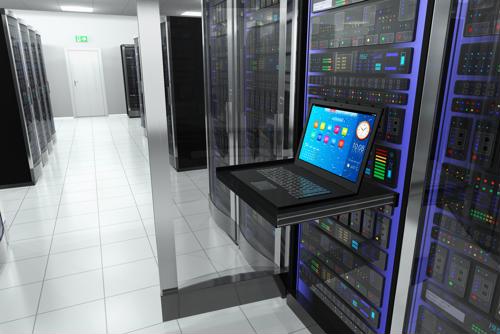