AAA has forecast that Thanksgiving travel for 2016 will be the busiest it has been in nine years, reported NBC News.

The number of commuters expected to travel 50 miles or more this week will be up one million from last year, reaching close to 48 million. Passengers flying, traveling by train and hitting the road for the holiday will have the biggest turnout since 2007, before the recession hit.

In fact, airports will see a record 3.6 million passengers this week. Close to 43 million will be driving to Thanksgiving destinations while 750,000 are expected to take trains.

AAA cited several factors influencing the increase in Thanksgiving travel, which it considers as the window from Wednesday, Nov. 23, to Sunday, Nov. 27., according to a company press release.

A boost in consumer confidence, a strengthening economy and the second-lowest prices at the pump in eight years have helped put more people on the roads this year, noted the source. Last week the national average was $2.16 per gallon.

"One million more Americans than last year will carve out time to visit with friends and family this Thanksgiving," said Marshall Doney, AAA President and CEO. "Most will travel on the tried and true holiday road trip, thanks to gas prices that are holding at close to $2 per gallon. Others will fly, take the bus or set off on a cruise to celebrate with their loved ones." 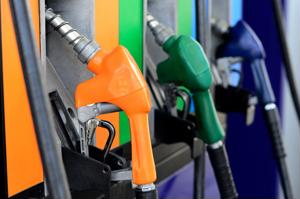