Toyota announced plans Aug. 4 to build a new plant in the U.S., as part of a joint campaign with Mazda, according to The New York Times. The larger automaker stated that it would claim a 5 percent ownership stake in Mazda to help facilitate these efforts.

This announcement constitutes the realization of Toyota's previously announced investment plans, as CEO Akio Toyoda claimed in January that his company aimed to put about $10 billion into the U.S. economy in the next five years.

The plant that serves as this campaign's cornerstone is projected to create 4,000 jobs and cost $1.6 billion, the Times reported. Toyota hopes the plant can produce automobiles starting in 2021.

As reported by The Washington Post, electric-powered and gas/electric hybrid vehicles figure prominently in these plans.

"Mazda needs electrification technology," said Janet Lewis, head of Asia transportation research at Macquarie Securities, according to the Post. "In the past they've pooh-poohed EVs, they've felt like they can make internal combustion engines more efficient, but the bottom line is that globally you need to have this technology."

Toyota stands out as a notable manufacturer of alternative-fuel vehicles due to its considerable success with the Prius. As such, industry experts believe they can significantly benefit Mazda while also bolstering their bottom line. 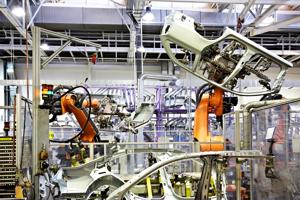