Uber Technologies Inc. has rolled out several new features that are hoped to appease the growing dissent among drivers, without hiking fares.

These changes, fueled by the continued push from employees for higher wages and better compensation, will begin surfacing in U.S. cities within the coming month, reported The Washington Post. The introduction of new features comes amidst an ongoing struggle to please both riders and drivers.

The most notable improvement for drivers will be compensation for wait times longer than two minutes. Traditionally, riders had five minutes to get to their waiting vehicle. Drivers of the San Francisco-based company will now also have the freedom to put rider requests on hold if they need a coffee or bathroom break.

Currently, Uber drivers must continuously decline in-coming requests on the app until they have dropped off their final customer, according to Bloomberg. However, new features will now allow drivers to put a hold on rider requests prior to ending their shift. Employees of the ride-sharing app will now have the option to only accept requests that occur on their direct route home, or to work.

Additional improvements include a feature that helps drivers find the cheapest local gas station as well as one that allows them to be paid instantly. 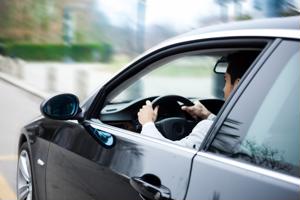