Mexico's first quarter of 2019 under the stewardship of new president Andres Manuel Lopez Obrador did not see strong economic performance, according to data from the nation's statistics agency cited by Reuters. Gross domestic product growth contracted by 0.2 percent between January and the end of March due to declines in industrial activity and services businesses. Ongoing difficulties with Pemex, Mexico's state-run oil firm, also contributed to these issues.

Few economists would, in a vacuum, use three months' data to make substantive judgments on how the Mexican economy will progress during the six year's of Obrador's term as president. However, analysts from firms like Goldman Sachs and Capital Economics, as well as credit rating agencies Moody's and Fitch, have released dubious pronouncements between May 24 when the Q1 data first surfaced and June 17 when Moody's cut Mexico's credit.

On the other hand, certain measures of the economy have turned out fairly well during Obrador's term. Inflation fell to 4.43 percent and the peso has appreciated 6 percent since he became president. Additionally, though some have a dim view of the Mexican investment outlook, the country received $10 billion in direct foreign investment during Q1, a 7 percent year-over-year increase. Obrador himself was sanguine when asked about the sluggish quarterly figure.

"Investment is growing, I said it yesterday, our currency is strong, it is appreciating more than other currencies around the globe and the inflation is stable," Obrador said, according to Reuters. "And there will be growth, much more growth. So we're going to wait."

As a populist and adamant left-wing progressive, Obrador challenges certain established norms about the presidential role: living in his own Mexico City home - rather than longtime Mexican presidential residence Los Pinos - and eschewing initiatives he believes won't benefit the majority of the Mexican population like a proposed airport project he canceled. Some consider this a major threat to Mexico's economic elite, while others think more time is necessary to measure his impact. Passage of the U.S.-Mexico-Canada Trade Agreement, which has provisions reinforcing the strong auto parts segment of Mexican manufacturing (89 of the world's 100 biggest parts creators operate in Mexico), may help boost Obrador's profile. 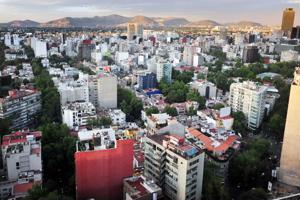