Vology to bring 200 IT jobs to Florida

This week, Vology, a managed IT services company based in Largo, Florida, announced plans to expand its operations which will include adding approximately 200 jobs over the next four years, the Tampa Bay Times reported.

These positions will deal with network operations.

"We hope that their expansion will be a catalyst for other tech companies to expand into Largo's market," stated Largo's Mayor Woody Brown, according to the news source.

Currently, the company has over 400 employees, the majority of which are located in Pinellas County.

Florida Trend reported that Vology hired 80 people last year and, for the last 11 years, has been named one of Inc.'s 5000 fastest-growing private companies.

"Companies like Vology know they can count on Florida's talented workforce, the state's strong infrastructure and business-friendly environment to fuel their growth," said Florida Department of Economic Opportunity Executive Director Cissy Proctor, according to the source. "Vology's expansion is great news for local job seekers and the Tampa Bay area. I'm proud of our partners for their hard work to secure Vology's commitment to grow in Florida." 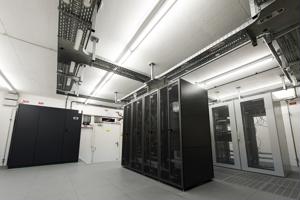