Wearable device maker Pebble announces it will be sold to Fitbit

Founded in 2009 as one of the original makers of wearable devices, Pebble has announced that it will soon be acquired by Fitbit, reported TechCrunch.

Pebble, a developer of smartwatches, has been struggling in recent months. Despite rumors of a purchase by the fitness tracker company, chief executive officer Eric Migicovsky did not confirm the acquisition until Wednesday.

"We have made the tough decision to shut down the company and no longer manufacture Pebble devices," Migicovsky wrote in a company blog post. "While dissolving Pebble as you know today is difficult, I am happy to announce that many members of Team Pebble will be joining the Fitbit family to continue their work on wearable software platforms."

Though an exact price has not yet been disclosed, sources have told TechCrunch the figure will likely be between $34 and $40 million.

Though Fitbit will be acquiring the company, it will not be taking on the debt accrued by Pebble, which in total is more than the estimated buying price, according to Bloomberg. Though Fitbit has already reached out to Pebble employees with job offers, only 40 percent are expected to get a position at the San Francisco office.

According to Bloomberg, the investment in Pebble could help Fitbit fare better against competitor Apple Inc. 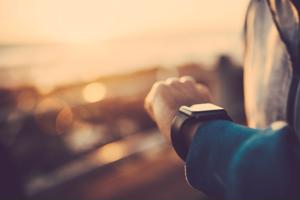