With north of 17 million all-new cars sold annually in the U.S. and government data showing Americans logged over 3.2 trillion miles in 2018 alone - a record-setting amount - recent years suggest automotive is a recession-proof industry.

But executives may want to pump the brakes on so bold a statement, as a potential major sales slump is looming, caused by fewer young people obtaining their driver's licenses. It's a potentiality that may lead to a wave of hiring - at the C-suite level and elsewhere - in order to figure out how to better drive sales to a portion of the public that is getting around via alternative means.

According to generational experts and car industry executives, teenagers simply aren't taking the wheel like they used to. Indeed, back in the mid-1980s, roughly 50% of 16-year-olds had a driver's license, transportation researcher Michael Sivak told The Wall Street Journal. Fast-forward to 2017, the share has dropped to only 25%.

More options have teens altering their priorities
At one time, obtaining the necessary qualifications to drive was a license to freedom for teens, able to go and see virtually everything they wanted, whenever they wanted. However, more outlets for buses and railways, not to mention instantaneous access to ride-sharing outlets like Lyft and Uber - among other factors - have fundamentally altered the transportation playing field and young people's perception of independence.

Brent Wall, who works as a driver's license instructor in Michigan, told the Journal he's had a front-row seat to this sea change.

"That freedom of getting your own wheels and a license—and that being the most important thing in life—is gone," Wall explained. "It used to be the day they turned 14 years and eight months, everybody was lining up at the door. Now I'm starting to see more 15- and 16-year-olds in class."

Teenagers, relatively speaking, represent a small portion of new-car customers, given that many of them receive hand-me-downs from family members or opt for more affordable pre-owned vehicles. Yet the dramatic drop in drivers' education enrollment suggests the crush of new-car sales that have been fairly routine in recent years may be a thing of the past by the time today's teens reach adulthood.

He added that traditionally, teens have not only obtained a job upon getting their license, but put money aside to save up for an eventual purchase. That's still going on, but not nearly to the extent of yesteryear.

"Compact SUV sales are in overdrive."

Smaller SUVs selling swiftly
This isn't to suggest the auto industry is struggling. Far from it. In fact, cars that were once considered more of a novelty have become the sector's bread and butter. As The Wall Street Journal reported separately, small sport-utility vehicle sales are in overdrive, accounting for a larger portion of market share since the class debuted in 2009. Today, there are 16 subcompact SUVs to choose from, up from only one a decade ago.

Cars are also selling at higher price points as well, an indication of ongoing demand. In April, the most recent month for which data is available, new-car prices rose 2% on a year-over-year basis to $36,443, according to vehicle valuation firm Kelley Blue Book.

The question for automotive executives is how to inspire Generation Z to follow in their parents' footsteps. The answer could be found in increasing their recruitment efforts, tapping millennials and recent college grads to fill front office positions. Given that they tend to be more clued in to what young people want, new hires may provide the proper context to form a smart marketing strategy.

Sparking sales may also entail greater collaboration with the tech sector so more vehicle interiors are outfitted with state-of-the-art technologies, in addition to Bluetooth compatibility and more smartphone charging stations. Hyundai Motor Company recently introduced its Kona and Venue models, both compact SUVs that sell at a reasonable price point, despite boasting a number of hi-tech upgrades.

There may not be an easy answer to getting more teens into the driver's seat, but through capital investment and human ingenuity, the auto industry is pulling out all the stops to address this vexing issue. 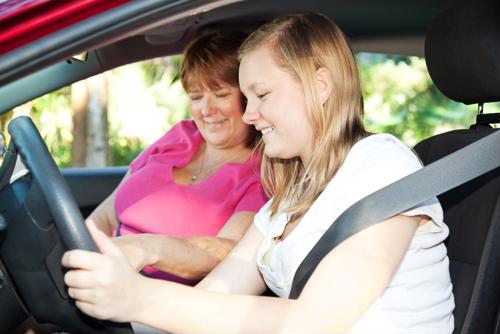